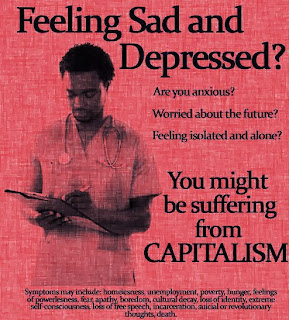 Posted by Deborah Martin at 1:40 PM No comments:

I've walked past Zucotti or Liberty Park for years, always taking for granted that it was there for a long time but recent knowledge stopped me cold.  I can remember coming up there in September last year during the first few days OWS started and having a long conversation about being one of the 99er's - people who had maxed out their unemployment at 99weeks (93 weeks for NYer's so I guess we're 93er's) and dealing with the fallout of no income and the whole "If you're currently unemployed don't even bother to apply" mentality so I decided to occupy and at least make some noise for the people who couldn't get there. .
I came there to make people remember that if we're angry now, we should always remember that this city was first emptied out of the Lenapi Lenai who called this area Lenapehoking and that the famous wall on Wall Street and the very Broadway that Zucotti park is bordered by was an ancient Lenapi Indian trail, lengthened, broadened and paved by slaves for free.
What I did not know is that on the same site once stood a tavern owned by John Hughson, a Catholic Irishman. Hugson's tavern was where many freed, indentured and enslaved Africans met to socialize and some think to plot their freedom. Since 1712 after the first insurrection where slaves burned downed buildings and then attacked the Whites who came to put the fires out, New Yorkers were on edge, always suspicious.
In 1741, a number of mysterious fires began breaking out in the city again and guilty minded people who know they were wrong quite naturally suspected the slaves.  In order to assuage the populace in fear of another Negro Plot, the authorities summarily rounded up every African person in the city and began using torture techniques previously outlawed to extract information.  Every African in the city was under suspicion and questioned.
Under pressure, John Hughson's indentured servant Mary Burton came forward to testify and to this day historians are still unsure of the validity of this testimony.  Mary told a story of Hughson's tavern being a place where Negroes by the names of Cesar, Prince and Cuffee or Coffee conspiring to rob and destroy the town, massacre the Whites and rule the place.  She also implicated Sara Hughson, John Hughson's wife along with his alleged mistress of  Cesar, Peggy Kerry known as the "Irish beauty" who also had a child by him.
By the time Mary Burton was done, 18 people were hanged including Hughson, his wife Sarah, and Peggy.  Fourteen were executed by being burned alive until they were ashes.  Around seventy slaves were rounded up and sent to colonies out of the country.  I often look around at people on the train, the ferry, etc. and wonder if they're descendants of some of this and don't know it.  Could people of Irish descent or mixed African/Irish descent pass by, work together, have a seemingly mundane interaction and never know they have a connection such as this?  Are the spirits of their collective ancestors chuckling in amazement that they could have such a connection and never  know?  Could one glance and a smile or brushing past a stranger be the first time relatives have interacted in hundreds of years?
In any case, I hope you never walk up Broadway, walk past any part of this city and not think for at least a split second of who was there before.  The real story of New York and America is the ones not spoken of by the tour guides who focus on the big names and the big buildings and ignore the history of the real people who were used and abused to build this place.  This has implications for us because history repeats itself.  We were frogs boiling in the water then as now.  It wasn't uncommon for a union between Cuffee and Peggy Kerry to happen.  Slaves, Indentured servants of European and African descent found out that they were in the same boat came together, married or not and had children, formed families and in some cases, like the Red Legs of Barbados took at look at a system of oppression to the financial pleasure of the profiteers and decided to fight back. These unions occurred in Jamestown, Virginia so much so that the English powers that be feared it and started the system of divide and conquer and using the idea of race first used against the Irish to oppress them.

Hidden And Unheard at OWS 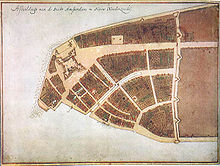 Before I stop at Zucotti park I always walk on Wall street to remember that slaves built that wall on this famous Wall street to keep the Lenape Indians.

As many inquisitive, outraged, disgusted souls traverse across Zucotti Park it's important to remember that it's sacred ground.  No matter how much the residents may scream about the "noise" of the war drums and simply object to the masses revolting against the tyranny of unchecked corporate greed, the. voices of the first oppressed people, the Lenape Indians go unheard.  Their graves go unmarked. On that spot may have been a burial ground but we will never know it.

I have been coming to OWS since September 19th.  Much has changed since that first day I sat on the steps and spoke with protesters who have reached their limit with the direction our government and thus society has taken.  From the first moments there I always honored the ancestors and spoke up for the missing Lenape Indians who don't have their names etched anywhere on the streets of that old trail they established which we now call Broadway on this isle once known as "Manahatta", land of many hills which were flattened to expand this city by leaps and bounds.

As all eyes are on the famous Wall Street the mission to put a visual image of the actual building of that wall is what is missing. Slaves built this wall to keep the Lenape out. It's time to make Wall street accountable for the current and past tyranny.

I'll post more tomorrow folks.  In the meantime, when picturing that famous street, contemplate what's beneath.
Posted by Deborah Martin at 4:21 PM 56 comments: